Moving to Florida from NYC on a budget

Home » Moving to Florida from NYC on a budget

So, you’ve decided to move to the Sunshine State from the biggest city in the US? Moving, in general, can be quite stressful, let alone such a long-distance move. A large part of the stress can certainly be attributed to the cost of moving. In fact, quite a few people are truly prepared for the actual expenses. They constantly get surprised when they learn that this is no cheap endeavor. If you are moving to Florida from NYC, you could certainly do with learning some ways of saving money. Here are some tips on moving on a budget and making your every penny count.

Moving to Florida from NYC – before the move

You might think that you just need to “cut costs” during the move, but that is simply not true. If it were, moving would be a simple affair, but everyone knows that is just wishful thinking. When moving to Florida from NYC, you can actually reduce the cost of the move by taking a few easy “prep steps.”

This is actually perhaps the most vital step if you plan to move on a budget. You need to prepare your moving budget so as to know at least the rough figures and to plan accordingly. Today, there are even plenty of apps that can help you with this part. Of course, there will be slight discrepancies when you actually get down to business. However, it is important to at least make an estimate. Go online, ask someone who has already gone through moving to Florida from NYC, and also ask some moving companies for their estimates. Which brings us to our next step.

The main thing people ask when trying to move on a budget is whether they should hire a moving company or move on their own. Many will tell you that moving on your own is far less expensive. While that is mostly true, it can require time and energy that can cost you more in the long run. One way of cutting costs while moving would be to get your friends and family to help you. However, moving to Florida from NYC is quite complex. It may not be the best idea to burden those close to you with such a difficult task. It can be risky and you can encounter plenty of unexpected problems.

If you plan to hire a moving company, there are numerous things you can do to save money. Aside from you making your own moving budget, you can actually get an estimate from a moving company. Most companies will be able to offer you precise moving quotes and ensure that you know how much your move will cost. Get two or three to make an in-house estimate. That way you can also choose the most affordable one. Also, check if the moving companies in question do interstate relocations often. You want someone who is experienced in the business.

This may sound odd, but make a list of things you will not need in Florida. For instance, you don’t need too many sweaters or boots in Florida. While the weather there might be tricky, it is really sunny most of the time. For the odd rainy day, you can take some of your autumn/winter clothes. But you certainly don’t need what you needed in New York, a city which is remarkably colder.

Basically, make a list and start decluttering. You can organize a garage/yard sale, or you can give your things to charity. Remember, if you hold on to unnecessary things, they will only increase the cost of the move. Moving to Florida from NYC is already an expensive feat, you don’t want to add costs and worries. Also, one other thing – do not buy anything you think you may need there. Chances are, those things are already cheaper in Florida than in NYC.

Moving to Florida from NYC – the actual move

If you’ve done the “prep steps,” you are already doing great! Moving on a budget is certainly easier with preparation. There are, however, some additional steps you can take once you’ve started with your move. For instance, people usually do not realize how costly packing supplies can be. But there are many tricks you can use to reduce the expenses there. Here are some of them:

Additional tips for moving on a budget

Most people don’t know that it is actually better to move off-season. That means moving during the colder months, between autumn and spring. Of course, there are many benefits to moving during the season, but that usually means that moving companies hike up the prices. In any case, recent data has shown that the best time for moving to Florida might actually be winter time!

And not just off-season, your moving costs can depend on the time of the week or month you move. Many companies offer discounts when you move during work days. The same goes if you decide to move mid-month. Most people move at the weekend and at the beginning or end of the month. If you can, try to schedule your move to Florida from NYC on workdays or the middle of the month. It will certainly mean a lot for your budget!

Benefits of hiring a moving broker

Moving insurance - is it necessary? 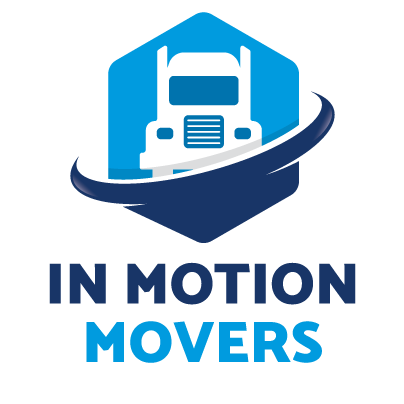 FREE MOVING QUOTE FROM
US Standard Moving and Storage