What’s the first thing you think about when you think of the bustling City on a Hill? Perhaps it’s the highly popular professional sports and their winning streaks. Perhaps, it is the historic landmarks along the Freedom Trail. While Boston nestles nearly 140,000 seasonal residents that are involved with the lively college city atmosphere, it’s not without culture and affluence. There are many reasons why so many people are paying thousands for rent and mortgages to make living in Boston a reality. And this master moving guide will help you figure out all the pros and cons of it for you. So if you want to know if moving to Boston MA is the right choice for you and your family, read on. We’ve come up with some must-know tips if you’re thinking about relocating to this historic city.

You can easily find a charming neighborhood to live in

Boston is a city of commuters. But that’s not bad news. Most Boston residents still love to use one of the oldest and best public transport systems in the country. Because of this, it’s essential to plan where you will be moving to Boston MA carefully. So just keep on reading, because we have prepared an ultimate moving guide. As any city, different neighborhoods and areas offer different lifestyles. We will give you some facts about a few leading neighborhoods in Boston. There are some inside the city limits and some are just nearby suburbs. Then it’s up to you to decide!

Best neighborhoods to live in after moving to Boston MA:

If you decide to rent is the way to go, learn your rights as a Boston tenant

Because of high housing costs, many people first moving to Boston MA, opt for renting. The way the city is booming, there are more two- and three-unit houses under ownership than there are apartment complexes. This city layout is set up in a way that will cause you to run into a lot of inexperienced landlords. There are benefits to having an owner-occupied landlord, however, there will also be some shortcomings. Make sure you are familiar with your rights before you sign a lease.

Cost of living in Boston

Living in Boston is infamously expensive. Generally speaking, the cost of living in Boston is 47% higher than the national average. Furthermore, the City on a Hill is more expensive than Chicago, Los Angeles, Phoenix, Miami, and Dallas. Only a few cities are ahead of Boston when costly places to live are concerned. And some of those include New York and San Francisco.

Because the City on a Hill happens to be an older city, there’s not as much room for expansion. Furthermore, the public transport system is heavily impacted by a large influx of new city dwellers. However, job opportunities are coming steadily and a strategic move can create a great experience for living in Boston.

One of the main reasons why a lot of people move to Boston is for work. Did you know that some of the most renowned companies have operations in the area? Therefore, salaries can at times make the higher cost of living in this city well worth it.

Three of the most prominent industries are technology, finance, and life sciences. Many startups provide appealing benefits and stock options. Some major players have been operating in this market for a while. As a result, the job market is highly competitive so be sure to update your resume and consider having a professional proofread it for you.

Some of the top Boston employers to look into:

We hope we helped you learn a thing or two about Boston that will be useful for this upcoming relocation. Contact us because we can offer our expertise to make your move to Beantown as smooth as possible! Explore our website for more information if you are hoping to make Boston their new home. Good luck!

How to manage consistency among moving crews

The advantages of reusable packing bins 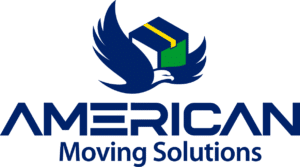